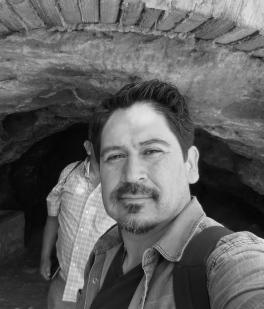 Tim Z. Hernandez is an award winning poet, novelist, and performance artist. His debut collection of poetry, Skin Tax (Heyday Books) received the 2006 American Book Award from the Before Columbus Foundation, and the James Duval Phelan Award from the San Francisco Foundation. His debut novel, Breathing, In Dust (Texas Tech University Press) was featured on NPR’s All Things Considered, and went on to receive the 2010 Premio Aztlan Prize in Fiction. His second collection of poetry, Natural Takeover of Small Things was released in 2013 and received the 2014 Colorado Book Award, and his novel, Mañana Means Heaven, which is based on the life of Bea Franco, also released in 2013, went on the receive the 2014 International Latino Book Award in historical fiction. Both books are with the University of Arizona Press. His latest book, “All They Will Call You,” was released on January 28, 2017, also with the University of Arizona Press. A genre bending work labeled a Documentary Novel, it is based on the song by Woody Guthrie, “Plane Wreck at Los Gatos (Deportee).”

Most recently, Hernandez was one of four finalists for the inaugural Freedom Plow Award from the Split This Rock Foundation for his work on locating the victims of the plane wreck at Los Gatos. As a performer he has collaborated with Grammy Award winning classical composer Eugene Freisen, and in 2001 was commissioned by the United Way of Greater Los Angeles to write and perform an original play on homelessness. Since 2007, he has worked with Poets & Writers Inc. and the California Center for the Book at UCLA teaching poetry, fiction, and non-fiction workshops across the west coast. From 2010-14 he was the state-wide coordinator for Colorado Writers-in-the-Schools with focus on rural, under-served communities. He is a frequent guest artist at Universities, cultural institutions, and literary centers across the United States and internationally.

Hernandez holds a B.A. in Writing & Literature from Naropa University and an M.F.A. from Bennington College in Vermont. He is currently a full-time Assistant Professor in the University of Texas El Paso’s Bilingual M.F.A. in Creative Writing Program.